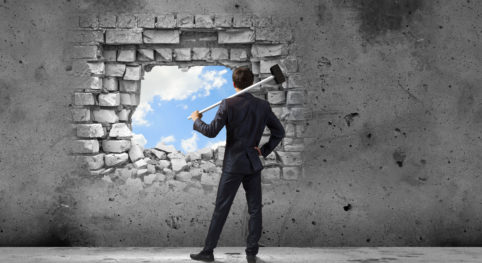 Here’s the thing: starting a revolution is a daunting task. Being a revolution, really living it, is still challenging, but it’s considerably less daunting. Raging against the machine has its place, and it can be fun as hell pissing in the Cocoa Puffs of the powers-that-be , but when it comes down to it, rebellious antics against the murderous man-machine are a flash in the pan compared to living the revolution day-in and day-out.

Don’t get me wrong, defending ourselves against machine-men with machine-hearts is a vital aspect of living the revolution, but it isn’t primary. What is primary is being the change we seek, and not allowing ourselves the easy path toward becoming machines ourselves. Whether it’s downsizing our carbon footprint or rebuilding our community blueprint, living the revolution is less about directly fighting the system and more about building a healthier one.

Like Buckminster Fuller advised, “You never change things by fighting the existing reality. To change something, build a new model that makes the existing model obsolete.”

Which I only half agree with. Truly living the revolution is doing both: fighting the existing system while also building a new one. With this in mind, the following three tactics are primary actions we all must take in order to overcome the unhealthy, unsustainable, and violent man-machine of the all-too-cliché Matrix.
1. Overcome the Appropriation of Your Freedom

“To put it still more plainly: the desire for security and the feeling of insecurity are the same thing. To hold your breath is to lose your breath. A society based on the quest for security is nothing but a breath-retention contest in which everyone is as taut as a drum and as purple as a beet.” ~Alan Watts

Don’t give into the hype of state-driven human governance. The hype is diabolically hyperreal, an abstraction of an abstraction, and it’s preventing you from being authentically free. Stop drinking the Kool-Aid the system has been trying to pour down your throat your entire life. Flip over the punchbowl instead. It’s distracting you from the following three truths: everything is connected; you are the world and the world is you; and you are independent because you are interdependent upon a healthy environment. Otherwise your independence is nothing more than a tool of your ego and your ego is nothing more than a pawn for the unhealthy system.

Overcoming the appropriation of your freedom is first realizing that everything is connected. The system doesn’t want you to understand this, because then the jig is up. The system wants you to believe that you need it in order to survive. But all you actually need is food, water, shelter, and healthy human companionship in a clean environment. As it stands, the system locks up your food, it unsustainably bottles your water, it brainwashes you into believing that’s all okay , while devastating entire ecosystems behind the scenes and calling it “progress.” Exactly the opposite of what we need as a healthy species.
If, as Albert Camus said, “In order to understand the world, one has to turn away from it on occasion,” then it behooves us to turn away from the Matrix and face the Desert of the Real so that we can get the horse of progressive, sustainable evolution back in front of the cart of outdated, unsustainable “progress.” In order to understand the world as it really is, we must be able to turn away from anyone or any system that undermines the health of the world as an interconnected organism. It begins by looking into the mirror and changing your worldview from “you versus the world” to “you are the world.”

2. Overcome the Hijacking of Your Imagination

“The best use of imagination is creativity. The worst use of imagination is anxiety.” ~Deepak Chopra
Choose acceptance over anxiety. Use your imagination to flip the script. There’s more ways to be in this world than the way you’ve been spoon-fed into believing. Understand that the system is designed to keep you indebted to it, then turn the tables by realizing that debt is ultimately an illusion, a cartoon in your head, a hyperreal abstraction that has your brain tied up in knots. Accept that you’ve been swallowing the blue pill of deceit your entire life, and then have the courage to swallow the red pill of truth instead.

As it stands, inside the system, you’ve been tranquilized by the trivial. Your creativity has been syphoned into mindless jobs and fed back to you as colorful placation. Devoid of imagination, you live in a sea of hyper-realities that have dulled your senses to what it truly means to be free.

Break the cycle. Don’t allow the conquer-control-consume-destroy-repeat, knee-jerk reaction of culture to destroy your imagination.

Don’t allow your life to be turned into a commodity. Be creative despite the crippling status anxiety of the system.
Take back the airplane of your imagination. You are the pilot, not them. So the system hijacked your imagination? Hijack it right back. The only “war” you need to worry about is going on in your head. As Diane Di Prima said, “The only war that matters is the war against imagination. All other wars are subsumed by it.” Indeed, seek that sacred space where imagination reimagines itself.
3. Overcome the Suppressing of Your Spirituality

“Which is more likely — that the whole natural order is to be suspended, or that a Jewish minx should tell a lie?” ~David Hume

You have to choke on the finite God that’s been shoved down your throat before you can digest the infinite God that wakes you up. The finite God is religion . The infinite God is spirituality. The suppression of our spirituality by both the church and the state is a tough one to overcome. After all, it is human nature to cling to beliefs, no matter how absurd. But overcome it we must if we are to evolve as a healthy species, let alone to thrive despite the unhealthy system surrounding us.

Religion is rigid, dogmatic, and divisive, and when taken too seriously, it’s violent.

Spirituality is flexible, open-minded, harmonious, holistic, and antithetical to violence. Religion is based upon politics and belief. Spirituality is based upon mystery and awe. Spirituality is everything religion claims to be, but isn’t. Religion assumes. Spirituality subsumes. The system (church and state) wants you to assume that it has your best interest at heart, when really it relies upon you being ignorant and apathetic. Spirituality is antithetical to the system precisely because it encourages awareness and empathy. Spirituality attempts to rejuvenate sacred and moral traditions that have disintegrated because of the divisiveness of the church and state; a divisiveness that has caused worldwide disorientation and dissociation.
At the end of the day, being the revolution isn’t a fad, it’s a lifestyle. This isn’t a diet that you go on for a week and then go back to your old, rigid, destructive, consumerist ways devoid of any deep, spiritual meaning. No. This is a life-link. This is interdependent freedom. This is reimagining imagination. This is reconnecting the spiritual disconnect between nature and the human soul. It will be the brave and audacious minority –who dare to live the revolution despite the cow-eyed majority that are codependent on an unhealthy system –who will change the world.
As Henri Bergson profoundly articulated:

“Fortunately, some are born with spiritual immune systems that sooner or later give rejection to the illusory worldview grafted upon them from birth through social conditioning. They begin sensing that something is amiss, and start looking for answers. Inner knowledge and anomalous outer experiences show them a side of reality others are oblivious to, and so begins their journey of awakening. Each step of the journey is made by following the heart instead of following the crowd and by choosing knowledge over the veils of ignorance.”